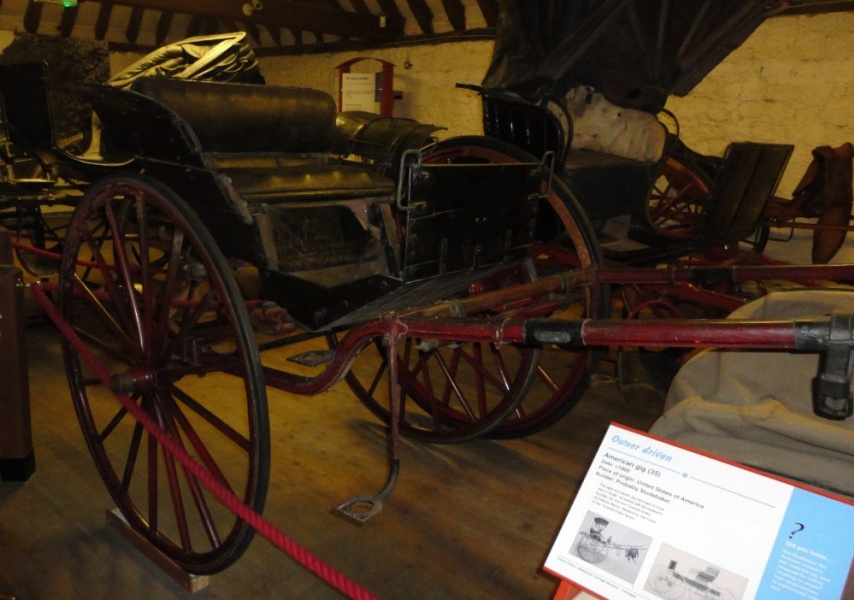 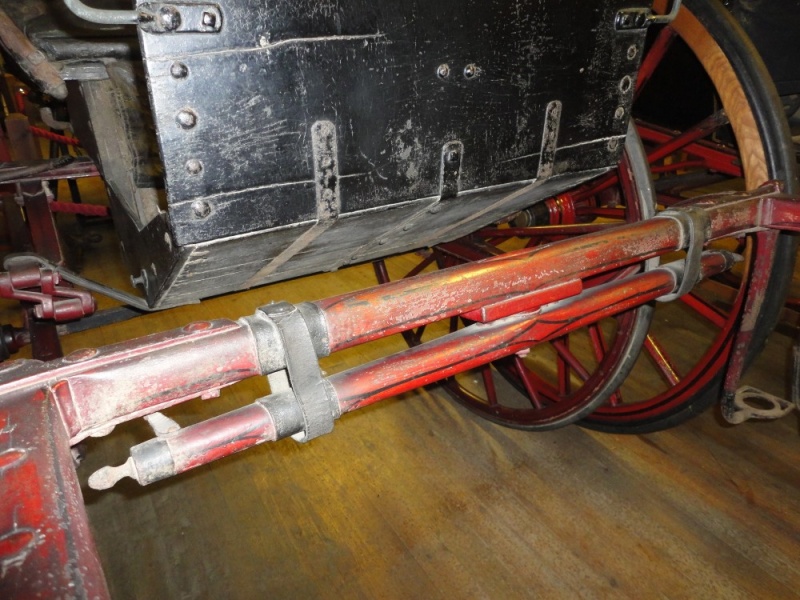 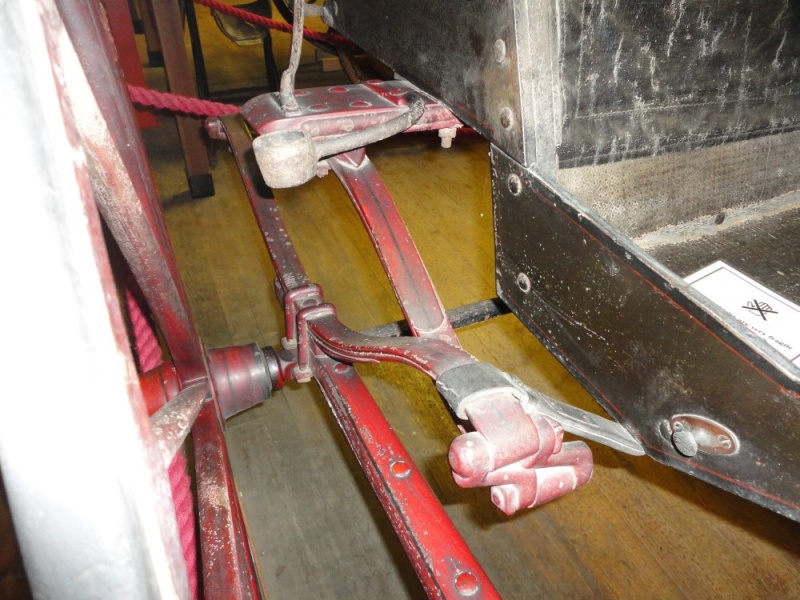 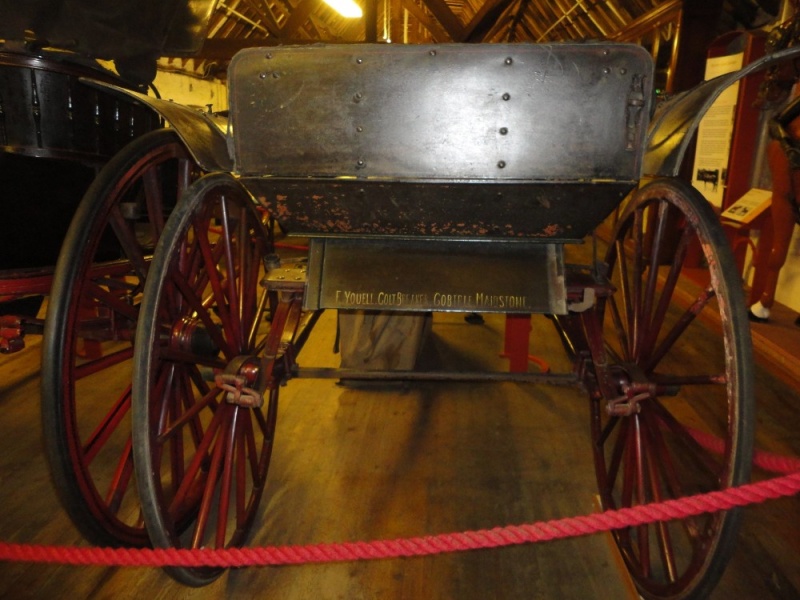 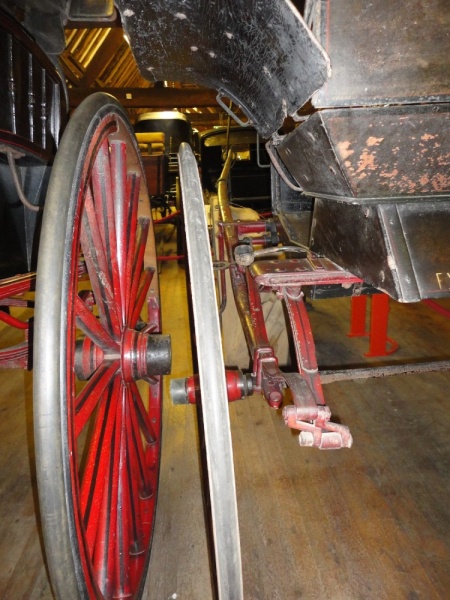 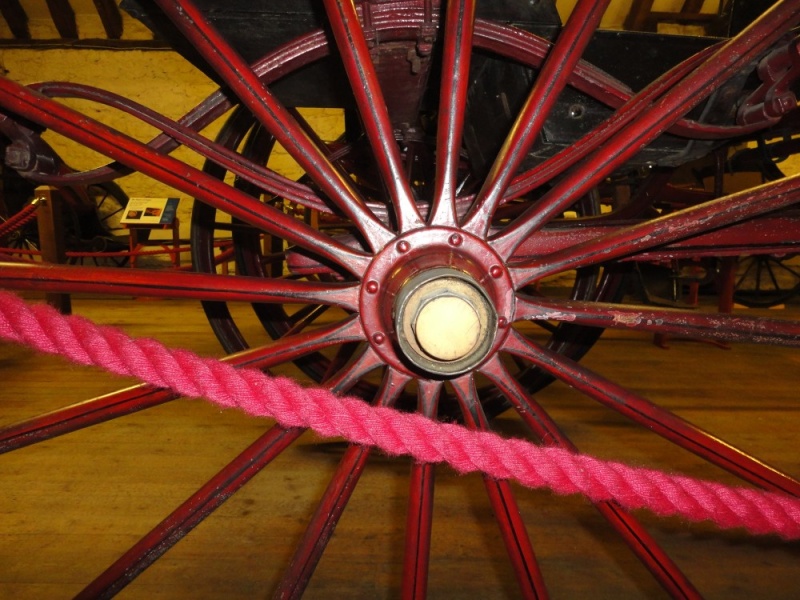 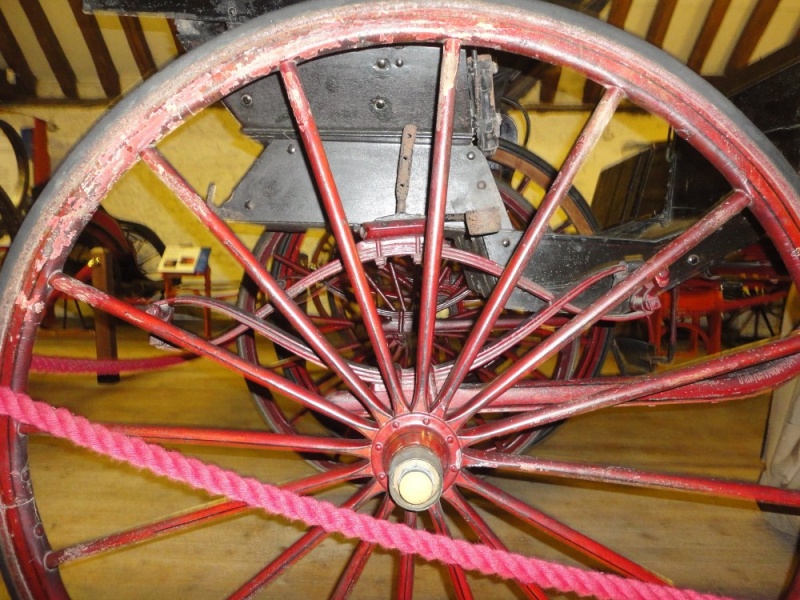 Use the dots above to scroll through images.

This gig was once a stylish lightweight carriage for pleasure driving with a single pony. It found itself being used as a breaking cart for training young horses and has probably seen some interesting times as a result. It retains a well used appearance.

This is a light weight two-wheel carriage for a single pony. Everything about its appearance says American, possibly by Studebaker, however there is no maker’s name obviously displayed such as on the axle caps. Standing behind the carriage one can clearly see the exaggerated shape of the body. The footwell is narrower that the seat which has sides that splay outwards and large curved upper panels that serve as splash guards above the wheels. The footwell at the front is quite angular with a long sloping footboard. The dash board is made of wood and has brass fittings to each upper corner to prevent the reins from dropping off of the board. The seat has a tail lazyback covered with leather/leatherette? Under the seat is a small storage area.  The panels have exaggerated wing like curves with a grab handle attached to the front edge. They are bolted to the lower side panel swith iron supports.

There are small brass knobs attached to the side of the footwell, presumably to attach an apron. There are two steps on either side to mount the carriage. The front step is mounted on a long straight support attached to the shaft by the splinter bar. The second is attached directly to the shaft at the point where the shaft bends under the footwell. The step plates are a pretty shape and form a pattern that can only be described as a circle and half of a square combined. Simple lamp brackets are bolted to the cross bar that passes under the body of the carriage, the lamps are missing. There are two whip holders, one by the driver’s seat and one on the back panel.

The carriage has large 16 spoke American hickory wheels with modern rubber tyres on collinge axles. The shafts have breeching D’s and tug stops and are straight to the front of the footwell at which point they bend downwards and then straighten. They are bolted to the axle. At the front a swingle tree is attached to the splinter bar by a rotating pin, this looks a little cumbersome but seems original. Two leather straps hold the swingle tree at each end. The springs are American style.

The paintwork on the body appears to be brown with black edging and red lining. The wheels, shafts and springs are painted red with black lining. Some parts have been replaced and repainted over the years. The wheels have considerable paint loss.

On the back panel painted at the bottom: : F Youell, Colt breaker, Cobtree, Maidstone

A well used carriage that has been repaired and had its paintwork touched up over the years. The components seem sound enough for museum display.

This American Gig is in the care of the Tyrwhitt-Drake Carriage Museum.