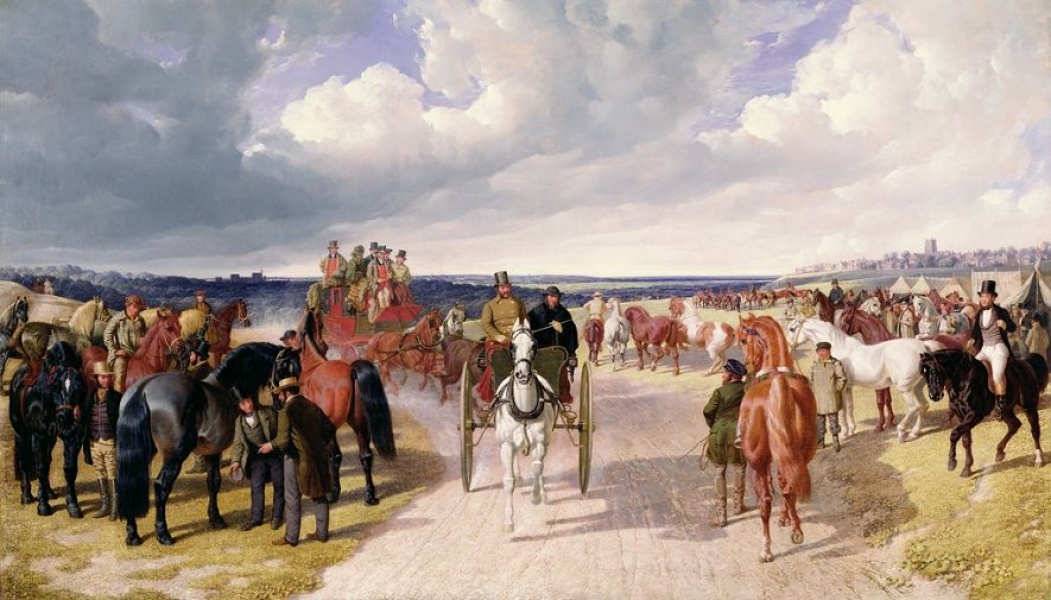 A scene of the horse sales at the Barnet fair. To either side of the road horses are being shown to potential buyers. A gentleman driving a gig put to a grey horse drives towards the viewer and behind the gig is a Mail Coach.

Barnet Fair was founded in 1588 when the lord of the manor was granted a charter to hold a twice yearly livestock fair. It went from strength to strength and by the late 19th century was the largest in the country with over 40,000 animals being sold at each fair. The original focus was on horses and cattle. The fair still continues to this day but with its emphasis on entertainment rather than livestock sales.

This painting is in the care of the Mercer Art Gallery