A Harnessed Carriage Horse with a Groom in a Stable 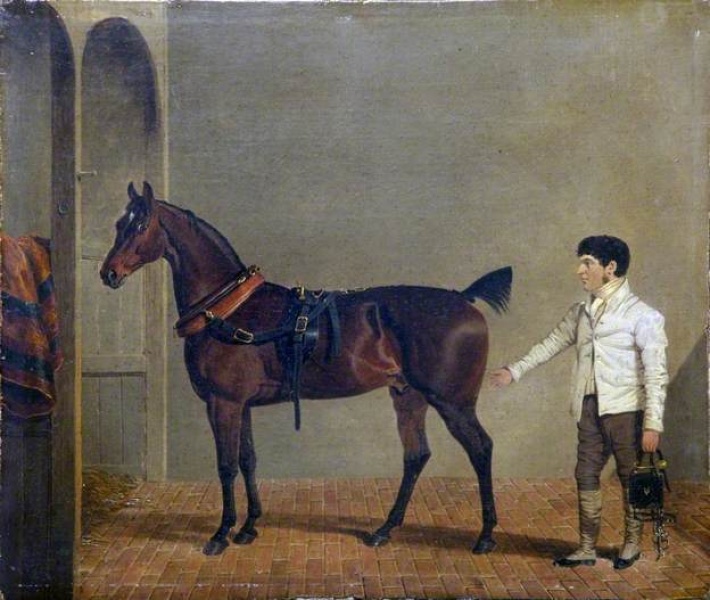 An oil on canvas painting of a carriage horse being harnessed in a stable. Painted by John Frederick Herring Senior in 1832.

A bay carriage horses stands in a stable. The horse wears a two tone leather full collar harness with a wide low pad. A groom is to the right of the horse holding a bridle, he wears a long sleeved waistcoat that were worn under a livery coat.

This painting is in the care of National Museums Liverpool